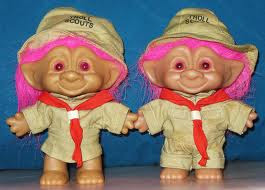 I was planning on doing a video today, but when I woke up the pipes were frozen so it looks like I will have to go into work early to take a shower there.In any case, I will use my blog to discuss the topics that I was going to include in the video.

First, I was wondering if anyone else watched some of the Congressional Hearing with Hillary Clinton the other day. I watched about an hour’s worth before my boss ordered that the channel be changed because he was tired of hearing about it.

I get the feeling that he isn’t very in tune with current events because it seems like all we ever watch at work are movies and old game shows (Let’s Make a Deal, The Price is Right, Wheel of Fortune, etc.), which means that I will not be able to depend on keeping myself updated through the use of that medium as much as I had hoped.

So back to the hearing, I got more of a sense that the congressmen and women were being light on the Secretary of State because they all started out their comments by commending her on the fabulous job she was doing, inquiring about her health, and proceeded by primarily talking about the hostage situation in Algeria. Now let me get something straight – I do not think that she had any clue about what was going on in Benghazi. I think that at her level of governance, she was probably given a brief report on what was going on in the world each day with her caramel macchiato and bran muffin and she was ignorant to anything that wasn’t on that report. Let’s hit the rewind button for a minute. At that point in time, there was unrest, danger, protest, and suspected terrorist activity in most countries in the world. Every embassy was at a risk of being attacked just as much as our own government buildings in the U.S. The attack on Benghazi was probably just a culmination of good planning on their part and poor intelligence on ours.

My next topic of discussion was going to be on the Secretary of Defense, Leon Panetta, and his removal of the ban for women in combat roles. This can be seen as another example of our governmental leaders exercising their “forward thinking” abilities, but I’m not so sure. Before I go on, I want to say that I have no issue with women serving in combat roles as long as they can meet the same standards that the men are forced to adhere to. What I mean by that for the most part, is the fitness standard. Currently in the U.S. Military, the standards for female fitness are lower than that of males due to their natural physical statures. I don’t think it is sexist to say that naturally women are not as strong as men and I think my wife would agree. The problems I see with women in combat roles fall into two categories – physical and cultural. I expect every female infantrywoman, artillarywoman, etc (those have a strange ring to them) to be able to carry a fully grown man off the battlefield, if the situation is warranted. I expect them to be able to “handle their own” in a fight and not take away from the effectiveness of the mission by their ineffectiveness in the mission. I do not think that we should sacrifice our overall strength and success for our politics or public image. I want to repeat myself here, I do not see any problem with this change, as long as the females serving in combat roles have the capability of doing everything that a male can.

The second category of issues that I foresee has to do with the integration of men and women in a combat environment. When a platoon is out on the side of a mountain in Afghanistan, eating meals out of a bag and trading their personal possessions with the local kids for a bowl of peanuts, there is no segregation between sexes. The situation does not allow for it. The men and women will be sleeping together, eating together, fighting together, freezing together, and the common product of those relationships are not likely to be any different in the trenches as they are in civilian life. Intimate relationships between men and women who are responsible for working as a team and protecting each other, all while still being focused on the mission, are ineffective. Let’s be blunt – men cannot do anything effectively while being “distracted”. We aren’t talking about submitting an annual budget report here, this is life and death. Can you even imagine the suspected controversy that would ensue if pregnancy stopped a mission? How about if it didn’t? Either way it would cause public outcry.

Those are the two issues that I could see coming from the removal of the ban. I think it is pretty funny that Panetta made this move on his way out. It is like he is saying to the next guy, “have fun with that one”. The logistics, decisions, policies, and training involved will be enough to keep anyone from filling his seat as the head of the Pentagon.

Still staying with the military, the head of the Air Force compared the branch’s sexual assault issues with cancer during a meeting two days ago. It is strange that the Air Force always seems to be in the news about some sort of sexual assault/abuse/harassment issue. This got me to thinking about what comes to mind when we think about the other branches of service. For the Navy it is “what happens underway, stays underway”. For the Army it is the overwhelming suicide rate and the Marines are always filming themselves peeing on someone or something.

Next has to do with Apple and their newest app removal. Two days ago, Apple removed 500px from their app store after receiving complaints of child pornography. There aren’t many details on the story, but it leaves me wondering if it was just some parents taking pictures of their kids doing silly things in the bathtub, running around without pants while doing the potty-training olympics, or if it was an actual case of malicious child pornography. From what I gather, the app was a photo sharing platform that limited picture size to 500×500 pixels. I am surprise that it even caught on, since most phones can take high definition photos, these days.

Finally, it looks like Junior Seau’s family is suing the NFL for wrongful death. I want to start this one off by stating that I am a San Diego Chargers fan and I was very sad when Seau shot himself. Now that I have that out, I think this lawsuit is completely ridiculous. How could it be wrongful death if he shot himself. Suicide can never be blamed on anyone else. They didn’t pull the trigger. They didn’t take the pills or tie the noose. These players agree to sacrifice their body for money. The same thing happens with professional boxers. How can you sanely say that you are agreeing to having your head knocked around for years in exchange for millions of dollars, then get upset when all that punishment causes permanent damage? That is what you signed up for. If you don’t like it, maybe you should have finished college and made something of yourself other than an object of public entertainment.

Thank you for reading, everyone. Like I said, this would have all been in a video today, but I didn’t have the time. Stay tuned for more!